Gene Wilder famous for his role as the Fox in the Little Prince and most notably for the prized role of Willy Wonka in Willie Wonka and the Chocolate Factory (70s) once quipped “terminato infinato.” And in the like manner, infinitely there is no end to the celebratory feel at the Spotless Willy Wonka themed Christmas Party at the Melbourne Cricket Ground (MCG).

Impeccably true to its name, Spotless has been the trusted name in different industries in Australia with its 70 years strong longevity. It has been providing air conditioning, mechanical, electrical services, cleaning facilities, laundry management, security and electronics among others in various fields such as education, power, resources, venues and leisure, transportation and linkages in the government.

And we at Mirror Photo Booth Melbourne are as grateful as that good heart male child whose Papa Joe’s grandchild Charlie Bucket along with four other children who won golden tickets for hiring our Mirror Photo Booth to their Christmas Party! 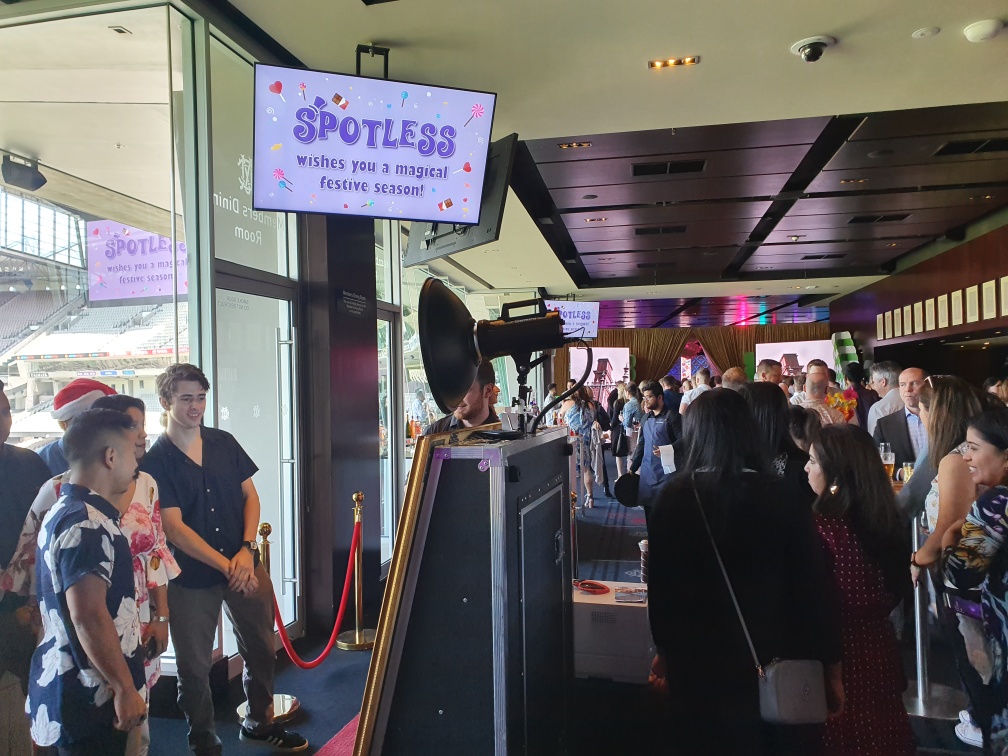 Everyone had a grand time at the Mirror photo Booth and in literal spotless solidarity everyone cheered in resounding as thunder unison a very Merry Christmas indeed! 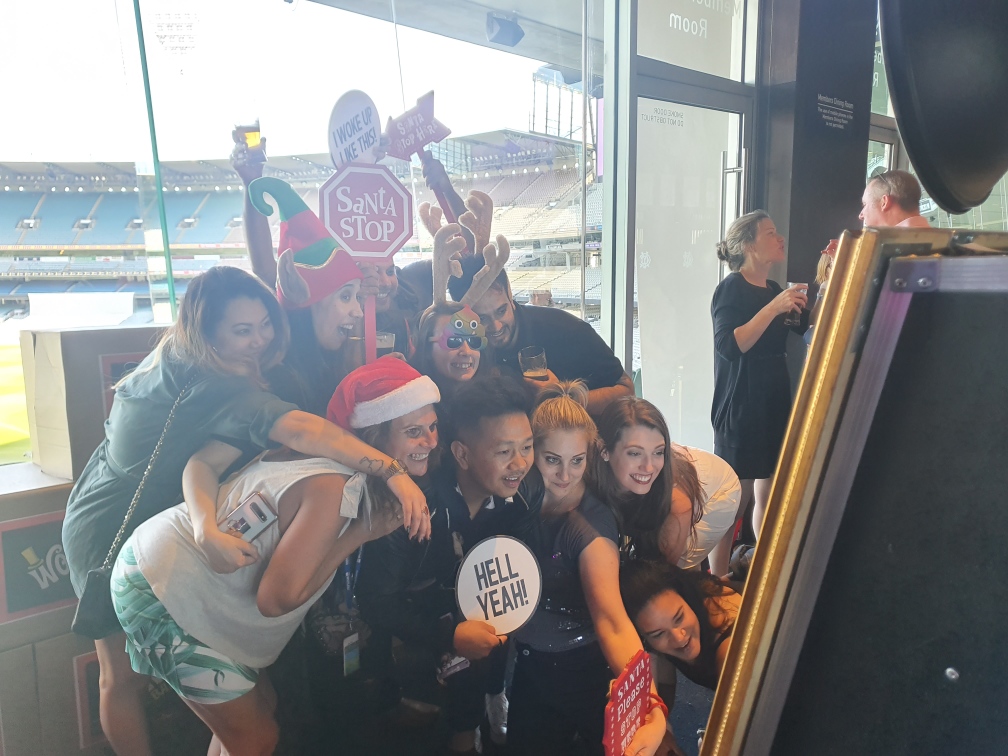 Celebrating Christmas With Our Mirror Booth!

Where else could they hold such sublime event but at the Melbourne Cricket Ground that has been the home for Melbourne’s grandest stage for cricket and football games and other momentous events such as concerts of renowned artists like Madonna, Michael Jackson, and David Bowie among others.

Spotless employees loved our Mirror Photo Booth as well as the Christmas themed props that each had ten minutes wait. Then frolicking and taking photographs in front of our said Party Photobooth Melbourne. 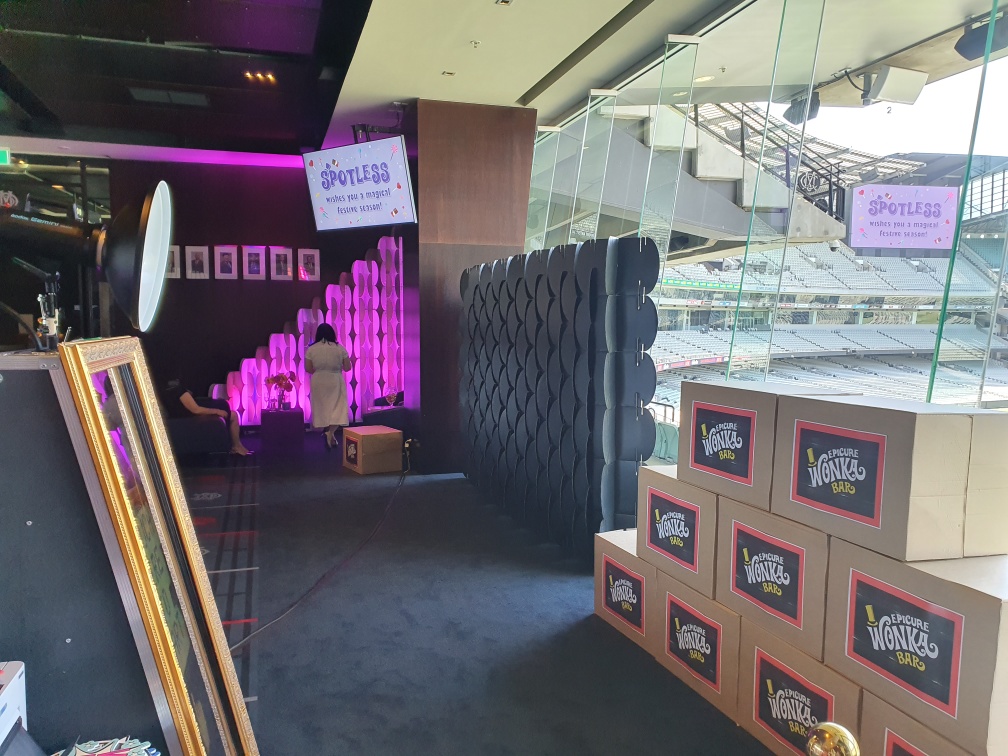 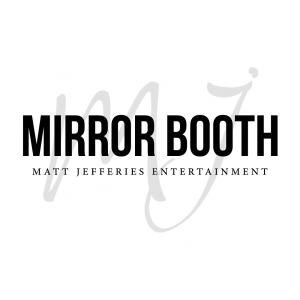